As VP is on the expensive side (in absolute terms, not in comparison to the dry reds of this world of course), I would like some insider advice from the UK-based members.
What is, on average, the best place to order 2011 VP (en primeur) in the UK?

I'm based in The Netherlands, and if I know one thing, VP is more expensive over here. I know from expience, since I've ordered most of my 2007 VP's in the UK, at Uncorked.co.uk, and their prices were significantly better than the best Dutch prices.
So naturally, I am again tempted to order some 2011 VP from Uncorked, but maybe there are even better places to order from. I would love to hear that of course.

Furthermore, I am also looking for an excuse to come to the UK one time in the (a little distant) future, for example to come pick up my (still to order) VP's 2011.

Over here there are very few occasions for Porttasting(s), and I would love it, if I could maybe be part of a port tasting in the UK (I read lots of tastingreviews which sound great to be part of!!

Last time I picked up my order of 2007 VP's at Uncorked itself (from Holland tot London and back via the fastferry (Dunkerk-Dover))in one day. Maybe this time I will take it a little easier and make a weekend or something of it, and maybe combine it with a tasting

But first things first.... Am I on the right track if I were to order at Uncorked once more?
I am not looking to order large quantities of VP (I am now aiming at 3, maybe 4 cases(of 6 bottles) of good quality producers). The likes o Warre, Smith Woodhouse, Cockburn's, Roriz, Vale Meao etc. I am also looking at Quevedo, but those I hope to be able to pick up at the winery itself next year.

Hoping on your kind and wise advice!

gerwin.degraaf wrote:Over here there are very few occasions for Porttasting(s), and I would love it, if I could maybe be part of a port tasting in the UK (I read lots of tastingreviews which sound great to be part of!!

Choose a date, ideally Monday or Tuesday or Wednesday or Thursday, and announce it about a month in advance. A tasting could materialise around that date. Or, even better, propose several dates.

Much as Mr D. did in the thread originally entitled Wimbledon Doty.
Top

And in the meantime, Uncorked certainly have some of the keenest prices, though I can't swear on that for the ports you list - but note that Berry Bros will give you a better price on the Roriz!
Daniel J.
delete.. delete.. *sigh*.. delete...
Top

Thanks so far for the replies! I will keep the advice in mind, regarding the possibility for a tasting (and I'm hoping that someone of you guys could help me with some practical stuff like a place where it could take place

I think I will be going for Fonseca, Portal (if possible trhough AHB) and Roriz.

Does anybody know if Berry Bros (in case I order there) will agree to store 2 6-bottle cases for me, untill I could pick them up? And how's their reachability by car (bear in mind that I'm not used to drive in London), and is there any space for parking near by?

If you are looking for Fonseca, PM a member here called uncle tom - who can tell you about a preferential offer available through The Port Society until July on all TFP 2011 ports.
Daniel J.
delete.. delete.. *sigh*.. delete...
Top 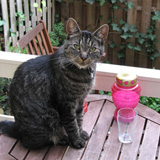 Gerwin, did you see an offer from Henri Bloem yet? Their prices are often very good. Not that I want to rob you of a trip to the UK...

RonnieRoots wrote:Gerwin, did you see an offer from Henri Bloem yet? Their prices are often very good. Not that I want to rob you of a trip to the UK...

No, nothing seen from Henri Bloem yet. But thanks for the tip! I will keep an eye out for an offer from Henri Bloem. I've seen some 2011 VP's from Ton Overmars, and Gommers (via direct e-mail) and Gommers had pretty good prices (in terms of Dutch offers), but neither can match the UK prices so far.
And whether or not I will be ordering in the UK (be it through wineshops or be it through members on theportforum (Uncle Tom, AHB), that trip to the UK will be happening (even my wife is getting excited about it, especially if it were to be around Christmas or something