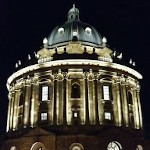 In a few posts, members here have discussed "brand styles" that different owners will strive for. For example, in the Cellar Defenders, Glenn E. and a few others mention this with Symington's Graham's, Dow's, Warre's, and Cockburn's:

uncle tom wrote: ↑
11:15 Thu 10 Sep 2020
Given that Graham is now the anointed crown jewel in the Symington stable, I do find it odd that the Graham LBV is still a low end filtered offering.

Logic would suggest making Cockburn their supermarket volume brand, and elevate the Graham to a superior age-worthy wine.

I thought Dow was regarded as an equal to Graham, at least since the 2011 releases? A Graham / Dow diarchy seems to make quite a lot of sense to me since their Ports are at opposite ends of the spectrum. Unlike, say, Fonseca and Taylor or Offley and Ferreira.

I suppose a strange feature of Port marketing is that the bottom and tops of the ranges can be aimed at different price-points. You also see that with Dow and Taylor and not just Graham. I guess they assume that no-one is going to say “I’m not going to buy my next case of Graham’s VP since the last bottle of LBV I had is lousy” whilst someone might read about the Dow’s VP getting 100 points and therefore thinking that their LBV might be good too?

I believe that they Symingtons consider Dow, Graham, and Warre to all be co-equals, perhaps also including Cockburn. It's the market that used to focus more on Dow but is now focusing more on Graham.

For me, the first 3 are all distinctly different styles that don't really compete with one another - more different than Fonseca and Taylor, though those are also clearly different styles. I don't have enough experience with modern Cockburn to know how it fits in.

Are there any good reference posts that discuss the stylistic differences between brands under the same owners? Obviously, single quintas will have their unique stylings, but what are the general brand differences between Symington's four big names (and its smaller names, like Smith Woodhouse or Gould Campbell), or between Taylor's eponymous brand vs. Fonseca, or between Sogrape's Offley, Sandeman, or Ferreira?

PS: My apologies if this is a novice's question!
Top

Each producer will vary a bit from vintage to vintage, but I think that they generally have a style that they try to follow. A notable exception to this is Vesuvio, which simply bottles what nature gives them and can vary significantly from one vintage to the next.

Dow tends toward the drier end of the spectrum.
Graham tends toward the sweeter end of the spectrum.
Both are usually big, bold, powerful styles of Ports. I would say that normally Dow's Ports tend slightly more toward red fruit flavors where as Graham's Ports are solidly purple and black/blue in flavor, but every once in a while a Dow will leave the realm of raspberry and red currant and stray more toward purple brambles like loganberry and mulberry with some blackberry or black currant mixed in.

Warre is a more elegant, refined style, and at least to me seems a little off center toward dry.

Taylor and Fonseca are both big, bold, powerful styles of Ports. I find Taylor somewhat more assertive and sharp, often with a distinct violet note on the nose.
Older Crofts often show some hints of orange on the palate. I haven't really identified anything yet about younger Crofts to claim as a distinct style.

Despite being unrelated, I find Fonseca and Smith Woodhouse to be similar styles. They're almost what I would call "neutral" styles in that they simply represent what "Vintage Port" should taste like and all others vary from that core theme. While their flavor profiles are similar to me, I find that I generally score Fonseca 1-2 points higher than Smith Woodhouse when tasted blind. So there is a difference, it's just not one that I can put to words.

Niepoort has a distinct flavor that I cannot identify. It is often subtle enough that I don't notice it until the reveal, at which point I smack my forehead and feel like a fool for not having noticed it while tasting.
Glenn Elliott
Top

One previous thread of interest might be this one.
It's an interesting topic worthy of revisit; I'll try and summarise my thoughts when I have more time.
Top

I think the question of style is a really interesting one.

A few general observations:
My view these days remains roughly similar to that which I set out in the post PhilW linked in 2012. I think it is possible to see that many shippers have a broad aim for what they think a Port should taste like. This can be effected by modifying the primary taste factors which I would say are: sweetness; acidity; tannins; and aging potential (which we could also call “structure”). I appreciate the aging potential is likely to be composed of the previous three factors, but I think the difference is that a Port can have good aging potential through sugar, acidity and / or tannin without it being immediately obvious on first drinking it.

As previously, I am less sure that the secondary characteristics are really consistent over the years and really stand up to vertical tasting (“Croft tastes of oranges” being the obvious one).

To give some examples in practice, I would say Graham and Dow as premium “English” Ports are fairly consistently blended for long aging potential with a dominance of tannin over acidity. The main stylistic difference between them is that Graham tends to be sweeter and Dow drier. Warre seems a bit quicker in aging to me, and possibly not a sweet. I think Cockburn has a little bit more acid than the other Symington Ports, although I haven’t tried enough recent releases to know for sure.

Beyond that, it becomes difficult. I can guess but probably haven’t drunk enough to know for sure. I would be interested in other’s thoughts.

Are there any good reference posts that discuss the stylistic differences between brands under the same owners? Obviously, single quintas will have their unique stylings, but what are the general brand differences between Symington's four big names (and its smaller names, like Smith Woodhouse or Gould Campbell), or between Taylor's eponymous brand vs. Fonseca, or between Sogrape's Offley, Sandeman, or Ferreira?

Some brands have distinctive traits, but these traits can change over time. Taylor's post-war signature was 'a bit of a beast' with a distinctive bite to it, but the pre-war offerings were much softer. The most recent Taylor VPs seem to be reverting back towards the pre-war style however.

Then there are one-off deviations. Old Croft VP's have a distinctive note of oranges, however I've recently enjoyed an excellent Croft '60 with a splendid dark colour and clear meniscus - but oranges? Not a trace..
I may be drunk, Miss, but in the morning I shall be sober and you will still be ugly - W.S. Churchill
Top
Post Reply
5 posts • Page 1 of 1