An issue already discussed here, but not about this particular case; I have these 2 bottles (see pictures below) by the same Port producer (Poças) and inherent doubts:
- Same VP 2005/blend with different labels (for different markets…)?
- Different VP 2005/juice was used?
Feedback welcome! Thanks. 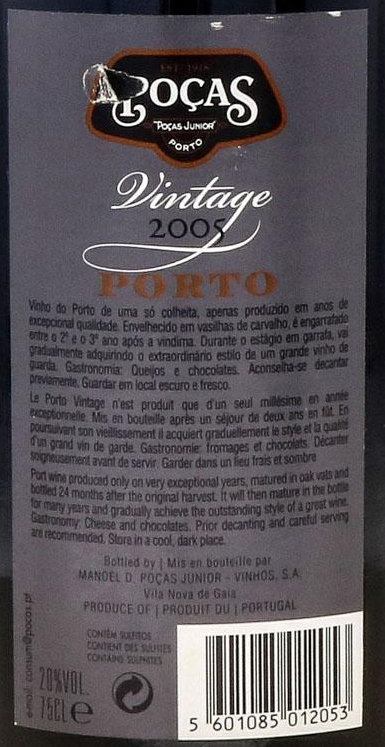 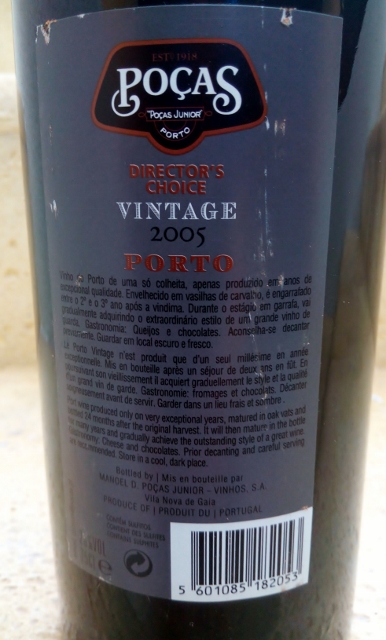 A friend of mine told me that he read somewhere that "Director's Choice" VP was previously called "Poças Junior" VP, being therefore very possible that these two VPs are effectively made from different blends (different Quintas?) and not just different labels. Do you know anything about this?
Top

Poças Junior was the name of the company until very recently. It was called that way simply because the person who founded the company was Manoel Poças Junior and not his father.

The two wines in question might be different, but the change of name doesn't indicate a difference in the wines.

In the meantime I discovered these two texts/tasting notes (one by Roy Hersh about the same VP but from 2003 and one by a reputed Portuguese wine journalist and critic) that I think may shed some light on this issue:

Everything indicates that we will be facing two distinct wines.
Top
Post Reply
4 posts • Page 1 of 1